Live Music in the Barrel Room with Christine Mistine and Olivia Morreale 06.30.18

Live Music in the Barrel Room with Christine Mistine and Olivia Morreale 06.30.18 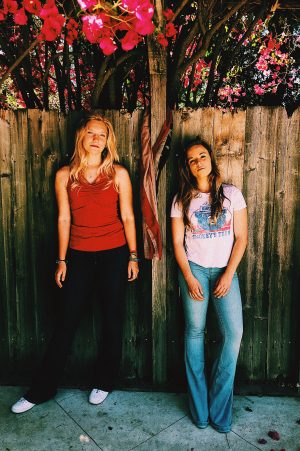 It all started in 3rd grade when Christine was watching ‘Piglet’s Big Movie’… “I remember seeing Carly Simon playing to a bunch of animals in a field and thought to myself; that’s what I want to do!” And that she did. Christine is a stunningly talented multi-instrumentalist, singer, and songwriter that is strongly influenced by the greats such as Aerosmith, Zeppelin and Hendrix. She compares herself to fellow female rockers: Grace Potter and Heart. Though she started on guitar in 3rd grade, she soon found her way to the electric bass and has been an accomplished player since then. Songwriting has been an important outlet for Christine; it has given a voice to emotions that she would normally keep hidden. Through the Rockit Live Foundation and USC’s Thornton School of Music, she has further developed her talents. Her love for music and her drive to be one of the best makes Christine a force to be reckoned with! Watch out … because in 2018 Christine is coming to rock down the house, and her solo project Mistine is one to watch!

Keeping quiet has never been one of Olivia’s strong suits; growing up in an Italian-American family in Washington, DC, and later New York City, Olivia was always encouraged to embrace her individuality and pursue her passions, which gave her a strong sense of independence. Her love for music began at a young age with musical theater, but she found her true musical home in high school, when she would sit in at late-night R&B and jazz jam sessions in Manhattan.

After high school, Olivia studied jazz, singing and songwriting at USC, which led her to finding her own voice as a confident and soulful artist. In her writing, she draws from poetry and literature along with music from the past and present. With a sound that reflects old-school artists, current sounds, and bits and pieces of life, Olivia’s voice carries a unique perspective that transcends any era.

Olivia has played at various venues in Los Angeles as a solo artist as well as the lead vocalist of the all-female neo-soul group MOTHER, and has also sung with big bands and has recorded lead and background vocals for several acts around the Los Angeles area. Olivia has studied under LA-based musicians Sara Gazarek, Patrice Rushen, and Jeffrey Allen, among others.